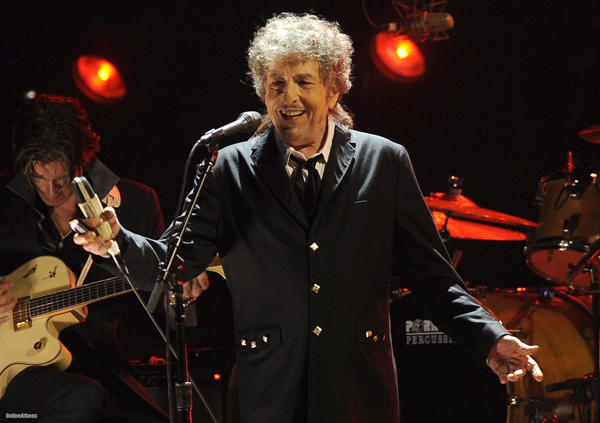 The French are getting harder to like. Now they are attempting to indict Bob Dylan [Barrtalk’s number one all-time idol] on ridiculous charges of provoking racial hatred.

Dylan is under judicial investigation for comments made in the French edition of Rolling Stone [named for his biggest hit] magazine last year.

In the interview, the US legend, honoured in Moville every summer, was sharing his thoughts about US history and the country’s racial divide.

He is reported to have said: “Blacks know that some whites didn’t want to give up slavery – that if they had their way, they would still be under the yoke, and they can’t pretend they don’t know that.

“If you got a slave master or [Ku Klux] Klan in your blood, blacks can sense that. That stuff lingers to this day. Just like Jews can sense Nazi blood and the Serbs can sense Croatian blood.”

Dylan (72) was served notice of the investigation last month, when in Paris to receive the Legion of Honour, a prestigious French award [no doubt already binned].

You would have to question the motivation for the investigation, given that his comments are neither racist nor pointed at the French.

I hope Dylan pulls the plug on all future French dates until the trumped up nonsense charges are dropped.

Or maybe, if the worst comes to the worst, a reissue of a classic oldie . . .  “I Shall Be Released”.

This is a short extract from the weekly Barrtalk column. To read it in full click here