A man has been remanded in custody after a serious assault causing harm in Carndonagh on Friday. 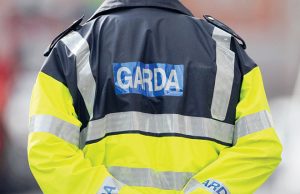 Lee Mitchell, of 43 Windmill View, Letterkenny, is charged with the assault of Patrick McLaughlin on Convent Road, Carndonagh, on Friday 30 May.

Garda Seamus Lyons gave evidence of arresting Mr Mitchell, 33, and of charging him at Buncrana Garda Station on Saturday.

Garda Lyons testified that Mr Mitchell said: “I am sorry,” when the charges were put to him.

Solicitor for the accused Mr Frank Dorrian applied for bail in the case at a special noon sitting of Buncrana District Court today, Sunday.

However, this was strongly objected to by Garda Inspector Goretti Sheridan.

She said the accused may face more serious charges, has no permanent address, and that he could potentially interfere with witnesses in the case. She also added that nine bench warrants had been issued for Mr Mitchell in the past.

Solicitor Dorrian said that the bench warrants were “addiction led” and came at a time when Mr Mitchell was not in a good place.

He said it was incorrect to give the impression that the accused was homeless and that he resided at 43 Windmill View, Letterkenny, with his mother.

Mr Dorrian added than an uncle of the accused had further offered to take him into his home at St Johnston and that Mr Mitchell would observe a bail condition of not entering Inishowen.

Judge Mary Devins expressed concern at his previous bench warrants, the uncertainty as to his permanent address, the severity of the charges and the potential to interfere with witnesses.

The Judge sought confirmation of the accused’s permanent address.

Mr Mitchell took the stand to confirm that he had lived at 43 Windmill View since the family had moved from Glencar Park more than 15 years ago.

Questioned by Inspector Sheridan, Mitchell said that he stayed in Carndonagh with his partner a couple of days a week so that he could be close to his children.

He said that he and his partner had recently separated, and that he had been seeking accommodation in Carndonagh so that he could see his children every day.

He said had been visiting Carndonagh on the day in question and has missed both buses back to Letterkenny.