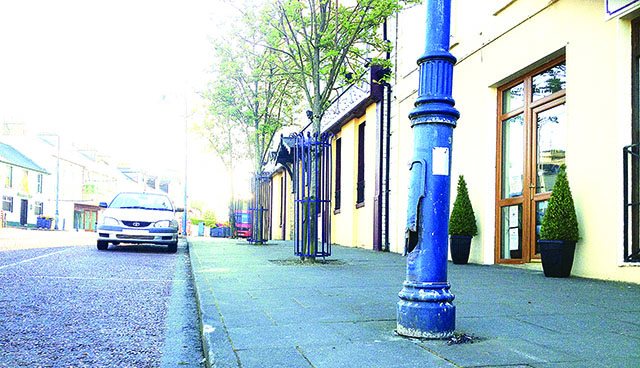 ‘It’s just lucky that no one was killed’

Gardai are investigating a road traffic incident in Moville in the early hours of Saturday morning in which a car mounted the footpath and struck a lamppost.

It is understood a young male lost control of the vehicle he was driving before crashing into the pole outside a local hairdressing salon across from Market Square in the seaside town.

Gardai have said no other vehicle was involved in the Main Street collision, which took place shortly after midnight on Friday night.

There were no injuries but the incident is expected to result in charges against the driver, who was quizzed by Gardai at the scene of the crash.

A local man, who wished to remain anonymous, said he heard a ‘loud bang’ and then saw the car ‘wrapped around the lamppost’.

He said the crash could have resulted in serious injuries or fatalities.