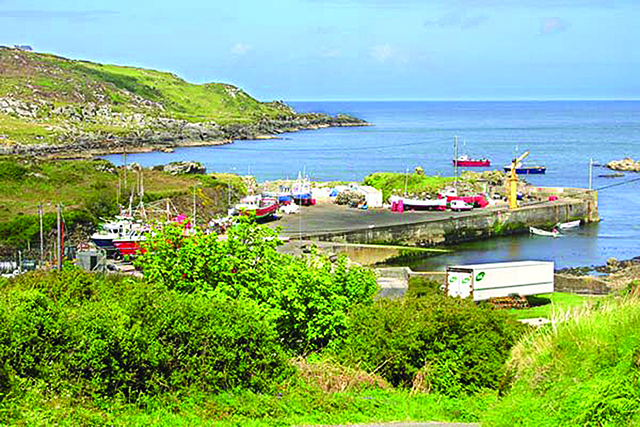 AN INISHOWEN councillor has called on the Council to carry out vital repair works at piers North of the peninsula.

Cllr. Martin McDermott (left) said there were a number of smaller piers in need of ‘serious repairs’ in North Inishowen in particular.

Speaking at the monthly meeting of the Council in Lifford, Cllr. McDermott called on Donegal County Council to put ‘some money’ towards carrying out these repair works.

The Glengad councillor raised the issue after it was revealed that there was no funding available for the projects in the Council’s Capital Programme.

“Generally piers across the north of this peninsula are in bad shape,” said Cllr. McDermott. “I spoke with the Council’s marine engineer and he accepts that something will have to be done for the piers in Inishowen. We may have to look to National Government for funding for this project.”

Cllr. McDermott said the fishing industries in piers such as Malin Head and Glengad have improved slightly over the last while and he said it is important that the Council do everything they can to support these peoples’ livelihoods.

“Fishing has come back a bit recently with crabs and whelks becoming more popular recently and with the crab factory in Carn, it comes full circle.”

Earlier this year, it was announced that Greencastle Pier would receive substantial funding to carry out repairs and for the instillation of permanent pontoons.