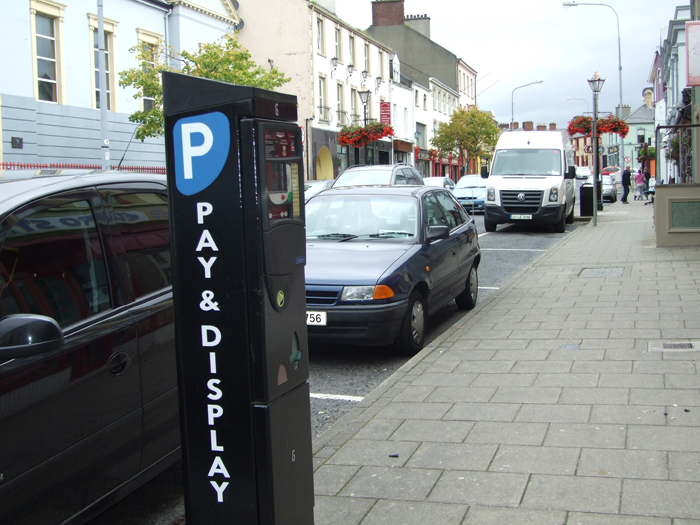 Plans are also underway to double parking charges in Buncrana, a move that had been rejected last year.

At a recent Donegal County Council meeting, in Lifford, councillors voted in favour of introducing the parking charges scheme throughout the peninsula, which they say will generate more than €2m in 2015 alone.

A spokesperson from the council said the councillors have decided to introduce the parking charges as a direct result of taking over the Buncrana County Council back in 2014.

The spokesperson said the council’s eyes were opened at the amount of cash parking charges generated with more than €500,000 generated in the seaside town last year.

Mr. Joe Carr was overheard telling councillors that implementing parking charges ‘was as easy as Irish Water’s strategy to coin in cash’.

He said: “With the weakened euro people are no longer shopping cross border so what we propose is doubling the price of parking in Buncrana and scrapping the free half an hour.

“We will also implement parking metres in all other towns in Inishowen.”

The scheme is being rolled out across the county, but councillors want to see how it is received in Inishowen first, for fear they would ‘upset other Donegal residents’.