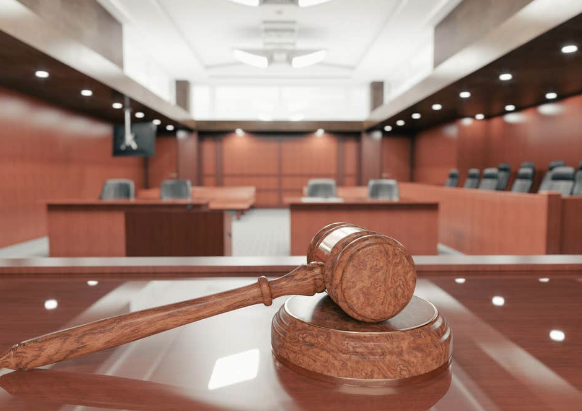 INISHOWEN’S DISTRICT Court Judge has hit out at the lack of compliance with the Covid-19 restrictions during lockdown after several people appeared before the court charged with breaching the rules.

Nine young men and two young women were called before Carn Court last Tuesday each charged with breaching Covid 19 restrictions, which were brought in in March 2020.

Judge Raymond Finnegan hit out at each of the accused, saying they – and people like them – are the reason that we are ‘headed towards another lockdown’.

Judge Finnegan remanded one of the accused, Ciaran Lynch, aged 22, with an address of Terryrone, Moville, in custody in Letterkenny Courthouse while he considered his case.

Lynch was put in the cells for several hours before Judge Finnegan released and fined the young Moville man, who pleaded guilty to breaches of the act in March and April 2021.

Lynch had twice been detected more than 5km from home in a car with someone whom he didn’t live with, without ‘reasonable excuse’.

Defence solicitor Frank Dorrian said ‘Covid fatigue’ had set in for many people during the last lockdown.

However Judge Finnegan did not accept that.

“At this stage 6,000 people have died from Covid-19 in this country and people like this are part of the reason why things got out of control,” Judge Finnegan said.

“We are all tired of Covid at this stage, but we still must comply with the regulations. Some people’s attitude towards the regulations are disgraceful – there needs to be more compliance with the public health guidelines.”

Judge Finnegan threatened to send a number of the accused to prison, however it was just Mr Lynch that was detained for several hours.

“I am well within my rights to send someone to prison for breaching these laws – maybe it would send a message and teach them a lesson,” he added.

In the cases before the court, the majority pleaded guilty, some were convicted and fined, while others have been ordered to pay charitable donations to avoid a conviction.