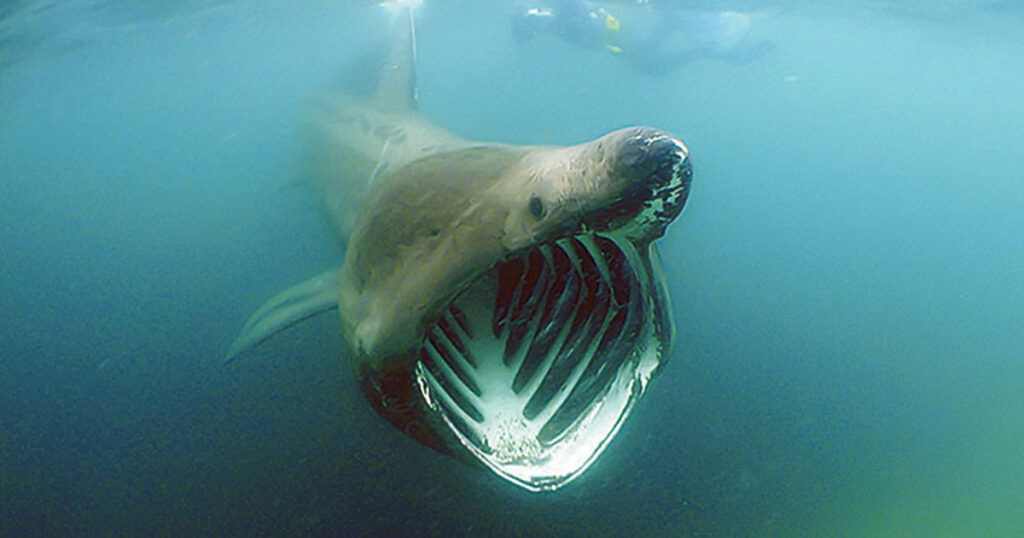 Now, due to a campaign led by the Irish Basking Shark Group (ISBG), with the support of the people of Inishowen, it is protected.

The Government this week formally designated the basking shark as a protected species.

“Irish waters are the most important location for this endangered species in the globe – we now know that 20 per cent of the global basking shark population passes Malin Head in any given year,” said scientist Emmet Johnson of ISBG.

“It’s been a big team effort involving all sorts of people, not just marine biologists,” Mr Johnston said of the campaign. “Communities at Glengad, Greencastle and Malin Head, and in Buncrana, have played a significant role in supporting this over the years.”

He said that the sight of basking sharks in their natural habitat, and in the waters off Malin Head were common at certain times of the year, and were a wonder of the natural world.

It could be a huge draw for marine tourism, he said.

“I compare it to a ‘Jurassic Park’ experience,” he said. “I wish everyone in Ireland could get to experience that for themselves.

“It’s like meeting a dinosaur. But it needs to be done in the right way, and not just by rocking up in your boat or paddleboard.”

IBSG pioneered research, including techniques now used around the world, on the migratory and breeding behaviour of basking sharks. The research proved Irish waters to be a globally important location for the species.

“We started out with schools projects, and those people have grown up to become fishermen and we’ve two who became professional marine biologists.

“It’s had a real widespread effect on Inishowen and increased ocean literacy in the community. It made people more conscious of what’s on their doorstep, and an increased awareness of the value of the marine resource beyond commercial fishing.”

The greatest risks to basking sharks are boat strikes or entanglement in nets, and ISBG offers a code of conduct for swimmers, drivers and watercraft users to follow when encountering the now protected animal.

Minister for State for Heritage Malcolm Noonan and Minister for Agriculture, Food and the Marine Charlie McConalogue co-signed the regulations making the basking shark a ‘protected wild animal’ under the Wildlife Act.

From 3 October, it has become an offence to hunt, injure or wilfully interfere with or destroy the breeding or resting places of basking sharks.

Read more about basking sharks and the code of conduct at http://baskingshark.ie.