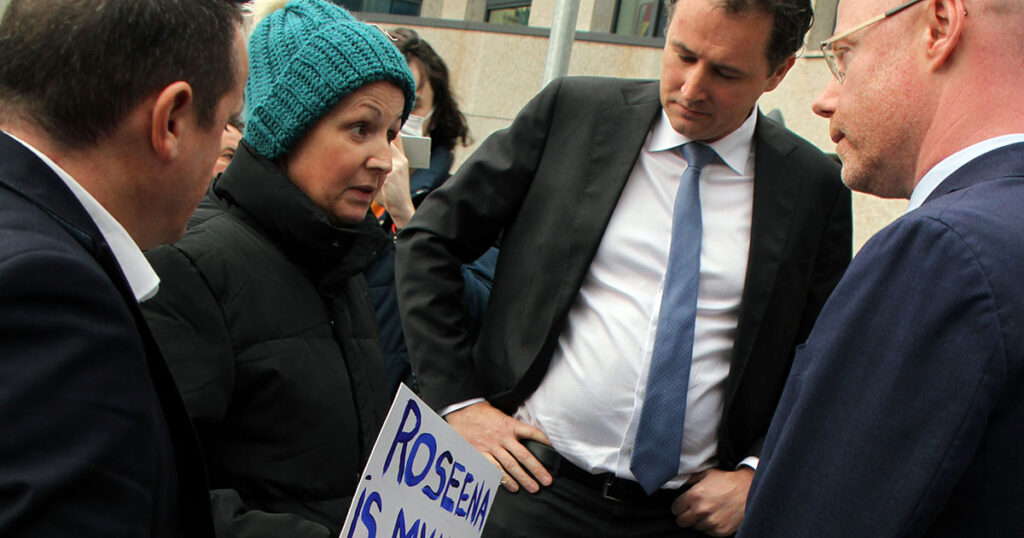 Minister for Health Stephen Donnelly got more than he expected when he officially opened Buncrana’s new Primary Care Centre.

Cancer patient Roseena Doherty challenged him over the lack of cancer care in Donegal.

Roseena felt she had no choice but to doorstep him after attempts to arrange a private meeting with him had failed.

Minister Donnelly spent around 15 minutes in conversation with Roseena, listening to her first-hand experience of treatment for cancer patients.

People were dying as a consequence of Letterkenny University Hospital’s out-dated facilities, she said, with many cancer patients treated on general wards because the cancer unit did not have the capacity to accommodate everyone presenting for treatment.

The Clonmany mother has been living with cancer for over a year.

Roseena told the Minister that Letterkenny hospital needs a least a dedicated 30-bed ward, and an end to the practice of cancer patients being treated on general wards.

“People should not be treated in surgical wards by nurses who don’t know how to administer chemotherapy,” she said.

Roseena brought a letter and a petition to give to Minister Donnelly. It contains her story and comments from other patients and families who have been let down by the lack of cancer services in Donegal.

Minister Donnelly asked Roseena if she was travelling to receive treatment in Galway University Hospital.

She said she had been for almost a year but began receiving treatment in LUH when a stem cell transplant failed at St James’s Hospital in Dublin.

She told him that when she was moved to Letterkenny, the lack of beds in the haematology ward meant her bed came at the expense of someone else’s.

“I went in there a month ago and a man who was in that room was shipped out and put in a surgical ward,” she said.

“That man clearly needed that bed as well, but my need was greater than his.

“But if I was his family, I’d be furious. He had needs too but there was no other place to put him,” she told the Minister.

Roseena said that it was clear to see the staff were trying their best, but the lack of space left them fighting a losing battle.

She said people were unlikely to complain about the facilities when they were just so happy to have a bed.

Roseena told the Minister about a Moville woman whose 45-year-old daughter died in Letterkenny hospital without ever seeing the inside of the oncology ward.

“She was treated in medical seven and surgical by nurses who admitted to her mother that they initially weren’t sure 100 per cent what they were doing,” she said.

“That poor woman has now lived for five  months wondering if she did enough for her daughter.”

Minister Donnelly told Roseena he would relay her complaints to the LUH management team.

“Thirty-six beds were added since covid; clearly what you’re saying is, and what we’re aware of, is we need more,” the Minister said.

“Thirty-six beds added, but where?” Roseena said. “We need to be able to walk into a cancer facility with wards – I have to go into an isolation room because I have no immune system.”

Minister Donnelly told her he would also raise it with the management nationally ‘in terms of the money being allocated’. 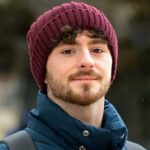