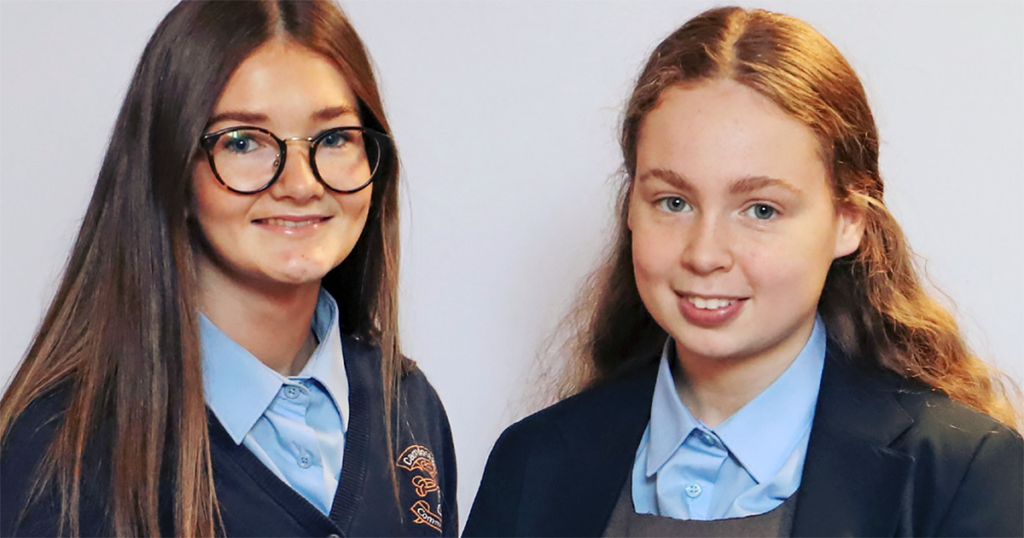 A bout of glandular fever has led two students at Carndonagh CS to study the possible effects of long covid on school students nationwide.

Ciara Gilmore from Clonmany was struck with glandular fever earlier this year – something she wasn’t expecting as she’d already had the virus a few years ago.

Following her bout with the virus – the symptoms of which include swollen lymph nodes, fever, sore throat and tiredness – Ciara learned that there have been many cases of glandular fever in Inishowen.

Recently a couple of young people were hospitalised with severe symptoms.

“It’s very rare to get a virus like glandular fever or chickenpox, twice,” Christine Gilmore, Ciara’s mother and a science teacher at Carndonagh Community School, said.

“Whatever effect covid is having, it seems to weaken the immune system and is leaving people more vulnerable to catching these viruses again.”

Now, Ciara with fellow student Beth Doherty from Carndonagh have set up a study that will eventually survey thousands of secondary school students across the country.

Beth and Ciara are examining whether long covid is a factor in reinfection with glandular fever.

Glandular fever hits teenagers more than any other age cohort which makes secondary school students a good group to focus on.

“They’re going to analyse the data to try to determine the overall prevalence of it over the country, and maybe provide county-by-county breakdowns,” Mrs Gilmore said.

Ciara and Beth have been in touch with immunology experts at Trinity College Dublin and the Ulster University in Coleraine as part of their research, and have a busy mid-term break ahead of them as they work on the project.

They have been selected to present the results of their research at the BT Young Scientists Exhibition in Dublin on 11-14 January.

Carndonagh CS is the only Inishowen school, and one of ten from Donegal, to have an entry selected