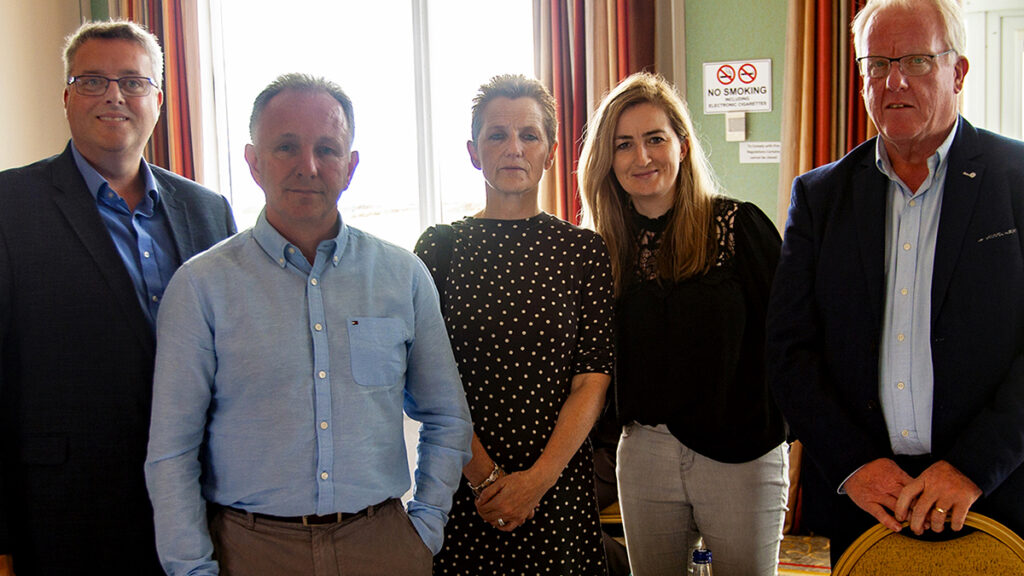 The winds of change have blown through the Mica Action Group with the election of a new management committee at its annual general meeting last Monday week.

Seven of the outgoing committee, including its high profile PRO Michael Doherty and chairman Eamon Jackson, stepped down after years of intensive work lobbying Government for a grant scheme to provide 100% redress to affected homeowners.

Like many other organisations, the Mica Action Group (MAG) was affected by restrictions arising from the covid pandemic, and as those eased the work of lobbying for an improved redress scheme and the attempt to shape the Remediation of Dwellings Damaged by the use of Defective Concrete Blocks Act was under way, making the holding of an AGM difficult.

Eamon Jackson, who served as vice-chairperson of the MAG since its inception in 2014, and took over from Ann Owens as chairperson in early 2020, said the past few years have been “particularly draining” for committee members.

“It was time to move on,” he told the Inishowen Independent this week. “This committee has given a tremendous amount to the campaign, and thousands of homeowners in Donegal and elsewhere will benefit from that, but there are many good people who have been available to give their expertise in the past and they are now stepping forward into the management committee.

Mr Jackson said the incoming committee will fill the key officers of chairperson, vice-chairperson, secretary, treasurer and public relations officer following discussions amongst themselves in the next week or two.

He said former committee members won’t be “going away”, will remain members of the wider organisation and “will be there when we’re needed”.

For now, the issue of mica redress rests in an uneasy place. The original scheme, the discredited 90:10 scheme, remains in place but has stalled while the new scheme that was passed by the Oireachtas and signed into law in the summer hasn’t yet taken effect.

So far, 986 homeowners have applied to access the existing scheme. Of those, 372 have received stage one approval for either a complete or partial demolition and rebuild, 105 have been approved for stage two, and 39 approved for stage three which allows for the drawing down of grants.

Of those, just 14 homeowners have completed the rebuild or repair of their homes.

“We’re waiting on the Department of Housing to publish the regulations governing the new scheme, and we expect that will take until the end of the year,” Mr Jackson said. “Until then, everything sits on the 90:10 scheme which is very confusing for people.

“Many people are in limbo with their applications stalled over the issues of pyrrhotite and other deleterious minerals that have been discovered in analysis of the blockwork, but aren’t included in the NSAI’s IS 465 protocol which governs the scheme,” he said.

“I’m amongst those people – my application has been stalled since August 2021 and we’re waiting on the National Standard Authority of Ireland (NSAI) to publish the findings of its investigation into these minerals, which probably won’t happen until the middle of next year.”

In the meantime, mica campaigners have organised an academic conference to be held in ATU Letterkenny and Ulster University in Derry in mid-November which will bring together leading international experts who have researched the impacts of deleterious materials on concrete in North America and Europe.

“We intend to keep the focus on the deleterious minerals issue, and have invited all the relevant State bodies to hear about it,” Mr Jackson said. “Effectively, these minerals are turning into a kind of acid that eats away at the concrete.”