Up to 20,000 visitors are expected to pack Clonmany and Pollan Green over two days in August next year.

And it’s all in the quest for the perfectly sheared sheep.

Sheep shearers from New Zealand, Australia, France, Wales, Scotland and England will compete with our own shearers to win big prize money.

The annual Clonmany Agricultural Show will take place alongside the Championships.

The Clonmany show will include all the usual graded competitions, and have the usual distractions of live music, food and fashion, but the Championships, and the business it will bring, will give an added boost to next year’s event.

Clonmany committee members and volunteers were told of the award of the Championship event at their annual meal and get together held in Ballyliffin on Saturday.

Many of the world’s best shearers, including reigning world champion Richard Jones from Wales and Donegal’s own world record holder Ivan Scott, will take part in individual and team competitions.

Over 2,000 sheep will be relieved of their wool during the two-day event.

Next year is the 60th anniversary of the Six Nations championship.

The All-Ireland championship last visited Inishowen in 2015 and was held at the Grianán Estate in Burt. 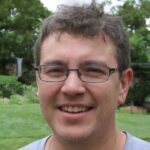