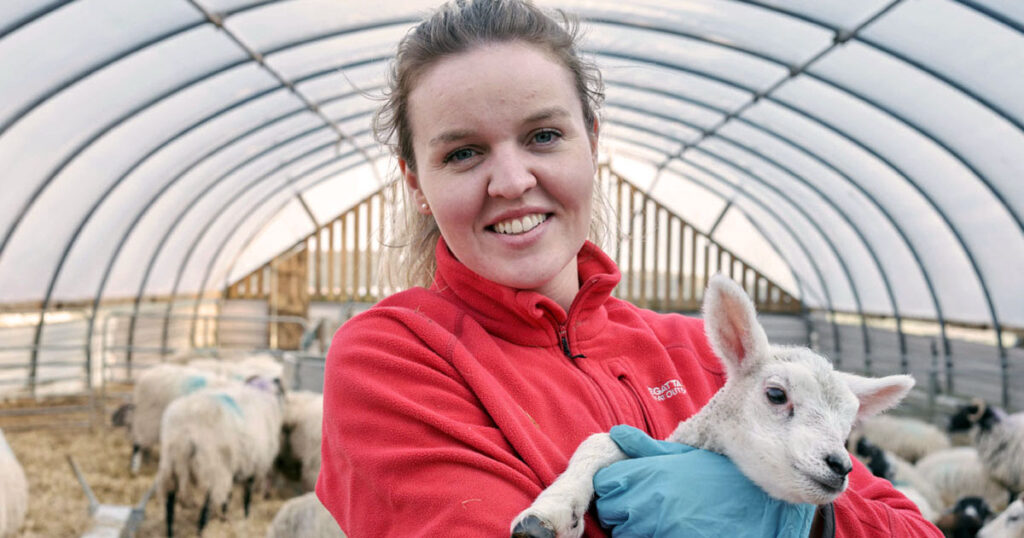 In the first episode, to be broadcast on Wednesday 23 November, Hannah is in the middle of the busy lambing season in the spring, with subsequent episodes covering summer, autumn and winter.

A native of Glencolmcille, Hannah was reared with the Irish language.

“I don’t know where TG4 came across me, but they contacted me out of the blue nearly two years ago,” she told the Inishowen Independent.

“I wasn’t sure at first, but decided sure why not, and we started filming in the spring of 2021.

“It’s a bit nerve-wracking – you’re not sure how you’re going to come across on television, but it was very enjoyable too.

“It’s nice to promote farming and the language element is important to me as well.

“There are four different farmers featured, so I think it will be an interesting watch.”

Hannah studied animal science at university and currently works as a beef and sheep advisor with the North’s Department of Agriculture, equivalent to Teagasc on this side of the border.

Having married Tommy Doherty, Hannah moved from the far south-west of Donegal to her new home at the other end of the county.

“Two very different parts of the world,” she says of her native Glencolmcille and her new home in Inishowen.

“But we’re close enough to the water, so that’s never so bad.

“Glencolmcille is so rural, so living here is a great novelty to be close to Letterkenny and Derry and Buncrana.

“And it’s a beautiful landscape.”

The show focuses on women in farming, and as a full-time agricultural advisor who works on the farm in the morning, evening and weekend, she’s well placed to comment on attitudes to women within the sector.

“People sometimes make a big deal on the lack of women farmers, but on the ground they’re more prevalent than people might think,” she says.

“No more than myself, on most family farms women are involved in all parts of the business.

“I always wanted to be a large animal vet,” Hannah continued, “but I studied animal science when I didn’t get the points for veterinary college.

“My daddy always let me farm along with him.

“My older brother is very involved in the farm at home now.

“I moved away from home and met Tommy, and I farm along with him now. It’s always been part of the normal day-to-day lifestyle for me.”

She doesn’t believe the agriculture sector is any more or less sexist than society at large.

“I’ve been asked in a few interviews about my experiences as a woman in farming, and I think they expect me to say it’s very sexist and negative, but that’s not the case,” she says.

“It’s like most things, if you’re interested in what you’re doing and you’re good and capable at it, people won’t pass any while heed [on your gender]”.